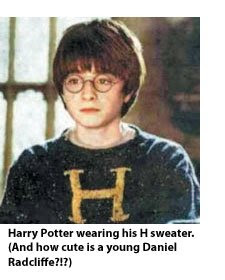 From the email of INTERWEAVE......
The Magic of Knitting
Count me as one adult who likes to get lost in the magic of the Harry Potter stories. I really love the vibe of Harry—it's relaxing for me, and I so admire J.K. Rowling's vivid, creative imagination.
The last time I watched one of the movies, I noticed all the knitwear featured in the various characters' wardrobes. Possibly the most memorable knits are the initial sweaters knit by Mrs. Weasley's magic needles (remember her knitting needles clacking away by themselves?). When I was working on my nephew Henry's H Sweater, I have to admit I had these sweaters in mind. When I was looking through patterns for the upcoming knit-along, I came across an article in the Spring 2002 issue of Interweave Knits (you can get these on CD now!), all about "Mrs. Weasley's" sweaters! I thought you all might like to know the real, behind-the-scenes story. (I've edited it for length here, so check out the whole story on the Interweave Knits Collection 2002 CD.)
Knitting for Harry Potter
When Lucy Mackenzie got a message on her answering machine from Colleen Kelsall at the Leavesden film studio outside London in spring 2000, she had no idea why. The mother of two toddlers and the owner of Pride and Joy, a children’s handknit clothing company in southern Scotland, Lucy simply didn’t have time to call back right away. Maybe they want free sweaters for something, she thought nonchalantly. When she did respond a few days later and the receptionist answered, “Harry Potter Productions,’’ Lucy’s nonchalance quickly turned to excitement. She is a huge fan of J. K. Rowling’s phenomenal novels about the orphaned boy who at age eleven learns he is a wizard and is taken to Hogwarts School of Witchcraft and Wizardry.
As Lucy soon learned, Colleen was working for the film’s head costume designer Judianna Makofsky, and the two were hoping Pride and Joy could make a few handknits for Harry Potter and the Sorcerer’s Stone, the first in the seven projected films in the Harry Potter series—and they absolutely expected to pay for the sweaters. To start, they needed a sweater with an H on it for Harry, and a sweater for each of the four Weasley brothers with their initials—R for Ron, F for Fred, etc.
The hook: they needed two to three exact replicas of each sweater for a total of nearly 15 sweaters and they needed them all within three weeks. And the sweaters needed to look as though they were made by Mrs.Weasley, described in the book as a rather poor knitter. The yarn was Rowan Felted Tweed, chosen, according to Judianna, for its “primitive’’ felted texture and tweedy English look; the typeface for the initials was Engravers MT, which Judianna liked for its old-fashioned, sorcerer-like appearance. In designing costumes for the film, Judianna was always considering director Chris Columbus&r squo;s goal of crafting visual images that felt simultaneously realistic and magical.
Because the initial sweaters were meant to look as though they were made by a fairly unskilled knitter, Lucy instructed her knitters to "misplace" the initials high up on the chest and not to worry about mistakes, but she reports, "It's hard for a skilled knitter not to knit properly." Today Judianna says, “Those lovely ladies from Pride and Joy are the fastest knitters I know.’’ And she explains that they needed multiples of each sweater for the child actors’ stand-ins and as insurance in case a sweater was damaged. For Lucy and her company, the magic of Harry Potter continues—orders for Harry’s initial sweater and a vest worn by Neville Longbottom in the last scene of Sorcerer's Stone are streaming in via Pride and Joy’s website, http://www.prideandjoyonline.com/.
http://www.prideandjoyonline.co.uk/cgi-bin/trolleyed_public.cgi?action=showprod_SAMPLE07 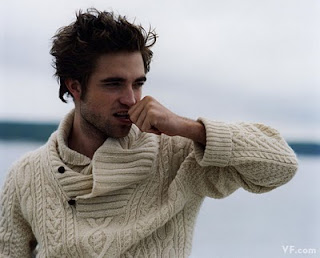 NOW...on another note...I found this picture of Robert Pattinson...what a beautiful pic, don't you think?
I mean the sweater...ha ha!...slrrrppp!
Posted by Girl can Knit - Cherry Lane Knit Stamp Quilt at 8:41 AM 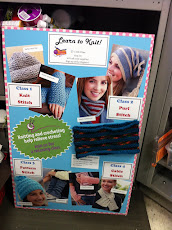 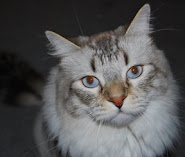